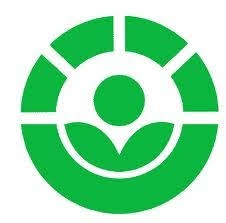 Are foods processed by Irradiation safe to eat?

Irradiation is relatively a new concept in food processing when compared to canning or pasteurization. The first commercial food irradiation facility was opened in USA in 1992. Over 36 countries all over the globe have accepted processing of food by irradiation for more than 50 food products.

Processing of food to increase shelf-life and reduction of food borne illness by usage of ionizing radiation is called Food Irradiation, also known as cold pasteurization. It is synonymous to any other food processing technique like Heating, Freezing, Canning or Pasteurization. Irradiated foods have been a matter misconstrued by the mass, due to lack of awareness.

The need for Irradiation

Irradiation is an effective method of sterilization of food, method for decontamination of foods, which reduces the microbial load to a greater extent as compared to traditional food processing techniques like Heating and Freezing. This is achieved by the direct attack of the ionizing beams on the genetic makeup (DNA) of the organism on target; this damage inhibits replication of microbes and leads to death. Food borne pathogens like E.coli, Salmonella spp, Campylobacter jejuni, Listeria monocytogenes are effectively tackled using irradiation hence, the reduction in food borne illnesses and outbreaks.

Agricultural produces like fruits and vegetables are susceptible to damage by microbes, parasites and insects; hence irradiation treatment would considerably increase their shelf life, and lower huge losses caused due to destruction of crops every year.

(Fact: Astronauts in NASA consume irradiated food, as foods processed by irradiation are sterile, and the outer space doesn’t need microbes from Earth).

Let’s unravel the common misconception seeded in our minds about irradiated foods.

No, they don’t induce radioactivity on irradiation. Irradiation is performed on foods in their final package; hence radiation doesn’t come in direct contact with the food material. The Food Irradiation facilities are recognized by the government bodies and it differs from country. The ionizing radiations of Gamma rays (γ-rays) from Cobalt-60 and Caesium-137 [i] are employed in food irradiation for dosage of 0.1-1.33 Gy[ii]. The maximum irradiation dosage of 10 Gy is permitted by Codex Alimentarius Commission. Irradiated foods have a symbol that is universal called the “Radura” label (Image).

A statutory warning is issued by the government regulation body “Do not irradiate again” as radiating food product, that are already irradiated caused free radical formation in foods, which is harmful for consumption to human health. 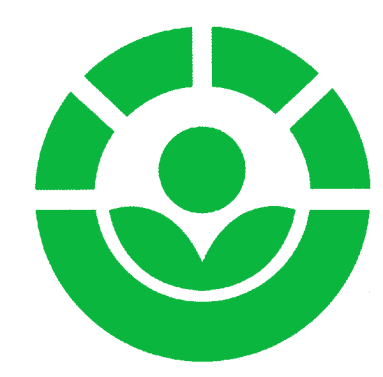 Heat processing of food like Canning and Pasteurization leads to significant loss of vitamins and flavour components for instance, in processing of milk; loss of volatile components has been reported by authors. Since Food Irradiation is also called cold pasteurization, due to low temperature conditions subjected to the product; leaching of vitamins and loss of flavours and volatile components are insignificant and hence, retain the flavour and texture as in the unprocessed form.

Now talking about a common myth which is associated with change in flavour and texture of irradiated foods; the ionizing radiations are not in direct contact with food hence, has no direct effect upon the texture, flavour and colour of food. Traditional food processing operations like Freezing causes textural change due to ice crystal formation, pasteurization at times causes browning in milk, which is undesirable. Such changes are seldom observed when food is irradiated.

The ionizing radiation has substantial effect upon the microbes present in the package, as they damage their genetic material (DNA), and thus help in increased shelf and surface sterilization of food. Additionally, the regulations for dosage of radiation varies depending upon the product and the application; <1 Gy used for sprout inhibition, 1-10 Gy elimination of pathogens, ripening delay, shelf-life extension of foods.

Food irradiation is a method that ensures safety of food, and delivers greater shelf life to processed products. It may take some time for the masses to accept the idea of ionizing radiation treating food products, Canning a well-accepted operation today, took 50 years to gain acceptance from the consumers. Food Irradiation provides safer food, but that doesn’t imply we need not practice safe handling of the product, since irradiation sterilizes the food. Products like Strawberry, Potato and Onions, Meat are irradiated and provide better shelf life, delayed ripening and sprout inhibition in cases of Onion and Potato. Probably in the next 20 years Food Irradiation would be commercially accepted on a large scale, with the rise in research in the area irradiation, and consciousness amongst public about the need for irradiating foods.

[i] (60,137 are isotopes of Cobalt and Caesium respectively)