In recent times, there has been a growing interest in identifying and developing “functional foods” that provide health benefits, among food manufacturers around the world. This coincides with the growing awareness among consumers about the link between food and health, and the importance of making healthy lifestyle choices. As a result, consumers around the world are proactively looking to add such foods to their diet to improve their overall health and well-being .

All components of our diet play some important roles such as by providing macronutrients for energy and micronutrients for proper functioning of organs. However, researchers and food manufacturers are now also interested in looking more closely at how the various compounds and constituents of foods can improve specific functions in the human body (e.g. improved gut health and digestion) and reduce the risk of developing symptoms of chronic diseases (e.g. hyperglycemia and hypertension). This is the basis for the recognition and development of a specific category of foods called “functional foods”.

The concept of functional foods as we know it today was initially developed in Japan in the 1980s. The Japanese Ministry of Health and Welfare designed a regulatory system to approve food products with proven and documented health benefits to address the health challenges faced by Japan’s aging population. Once approved, such products were permitted to be labelled as “Foods for Specified Health Use” (FOSHU).

The functional food segment is a fast growing one and is considered to be a major trend in the food technology sector, especially in Western countries. However, with the rates of diet-linked chronic diseases increasing across the world, they have started to attract attention from food manufacturers and consumers in other parts of the world as well, including India.

What exactly are functional foods?

The most commonly accepted description of functional foods was drafted by the National Academy of Sciences of the United States as “any modified food or food ingredient that may provide a health benefit beyond the traditional nutrients” (such as macronutrients or micronutrients) that are essential for maintaining basic health and function. These foods contain a “bioactive” compound or constituent, which is supposed to provide the health benefit. Generally, they appear and are consumed just like regular food products as part of a regular diet.

There are several types of food products, which claim to provide health benefits to consumers, but since there is no global consensus on the legal and technical definition for functional foods, there tends to be a fair amount of confusion regarding their labelling. To provide clarity, the following list outlines some terms which encompass most foods carrying claims of providing health benefits:

Sometimes, the term “superfood” is used in this context to describe any of the above products, but this is more of a marketing term that can be ambiguous or misleading and does not have any specific meaning.

What are some examples of functional foods and their health benefits?

Many compounds, from plant and animal sources have been identified by researchers in academia and in the food industry as being beneficial to human health in various ways. Some of these examples include:

There are several products that have incorporated these bioactive compounds, which are currently available on the market. But the most commonly recognized and easily the most widely consumed functional food products are probiotic products, which contain large concentrations of viable, beneficial microbes. Most of these products contain a specific group of microbes called lactic acid bacteria, including species of Lactobacilli and Bifidobacterium. Probiotic products have been shown to improve the population of beneficial bacteria in the human gut, which improves overall gut health and digestion, and may also improve immunity, blood glucose and blood pressure levels, and help prevent certain forms of cancer. More recently, other categories called prebiotics (which contain nutrients for the growth of beneficial microbes within the intestine), and synbiotics (a combination of prebiotics and probiotics) have also been introduced in Western markets.

However, from a regulatory standpoint, it is important to note that though several foods containing bioactive compounds are available on the market, not all are backed by conclusive evidence that links them to health benefits, and therefore approved to carry health claims. This can vary from country to country. For example, in the United States, only the following products can carry an FDA-approved health claim – foods that contain oat soluble fiber from oat and psyllium seed husk, soya protein and sterol/stanol ester containing margarine. However, the Food Safety and Standards Authority of India does not have a framework for regulating claims but allows only specific ingredients, including beta-glucan, beta-carotene, ginseng and probiotics, to be used in functional foods.

What are some factors that will determine the success of this segment?

While the functional food segment is one of the most exciting areas in food technology, there are some important considerations that need to be made for it to succeed in any market. One of the major challenges faced by companies hoping to develop functional foods is the significant amount of resources required to conduct research and development (R&D), particularly clinical studies, to substantiate their health claims. Additionally, foods that are rich in a bioactive compound may provide certain beneficial effects, while negatively affecting other physiological processes. Therefore, it is crucial to conduct extensive R&D to ensure that they work as intended and do not cause any harm to consumers. 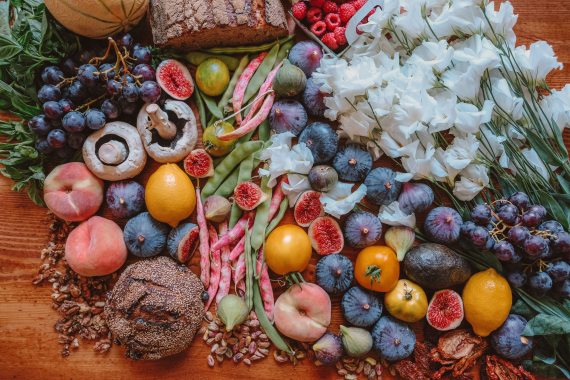 Another key factor for genuine functional food products to be available on the market is the establishment of appropriate regulatory process for the screening and approving health claims. Several countries – including India – currently have very broad and loose definitions for functional foods, that may need to be updated in accordance with the evolving landscape of this emerging product segment. This would prevent products from being mislabeled and consumers from being misguided by unsubstantiated claims. Also, the regulatory policy must also include guidelines on what kind of health claim can be made for a product. For example, the Food and Drug Administration (FDA) of the United States allows 5 types of health claims:

Also, a robust regulatory policy for these foods also help provide a fair playing field for products that can genuinely provide health benefits to consumers and prevent companies from launching products prematurely without sufficient R&D, under pressure from market competition.

Finally, and perhaps most importantly, consumer acceptance of these products is the key factor that will determine their success. Consumers must be provided with accurate and relevant information about the product – such as the extent of the health benefits and the appropriate portion size for optimum results – to make informed choices.

How does this relate to consumers and the food industry in India?

The functional food segment holds great potential for innovation and growth in the Indian market. There is a very high prevalence of individuals affected by diet-linked chronic diseases like type 2 diabetes and hypertension in India. India is also undergoing rapid urbanization, and as consumers are experiencing a shift in socio-economic conditions they seek more healthy lifestyles. Consequently, consumers in India are increasingly becoming aware of making healthy food choices and the positive effects that they can have on their well-being. Functional foods products, may provide a relatively inexpensive way to reduce the risk of developing such diseases and help improve the quality of life.

Functional food development can also drive food innovation. In markets where functional foods are now popular, such as Japan and the Scandinavian countries, traditional knowledge on food has been tapped into, to produce innovative products with proven health benefits. Likewise, India has a rich tradition of native medicinal practices such as Ayurveda, in addition to culinary practices that utilize beneficial foods like herbs and spices. These practices can help inform innovation and the development of functional foods to address health challenges faced by Indian consumers, which are familiar and acceptable to them.

Ram is a doctoral candidate in the Cereal and Food Science program at North Dakota State University (NDSU), Fargo, USA. His research focuses on plant physiology, particularly defensive antioxidant mechanisms, and how they help cereal crops adapt to environmental stress. His work also covers a “food for health” theme, where he explores the benefits of phenolic compounds from cereal grains in dealing with hyperglycemia and gut health. He has a keen interest in nutritional security and food safety, and after finishing his doctoral degree, he hopes to pursue a career as a science communicator and a researcher in the field of functional food development.

Ram can be reached via LinkedIn at https://www.linkedin.com/in/ramfoodsci/

We love writing and communicating the science of food to the world, join us on The Food Tech Club